I honestly don’t know how else to say it. I remember in Kindergarten I would read during nap time because I had too much energy to fall asleep. In fourth grade, I read through every book in our classroom’s student library (except the Goosebumps books…those were just too creepy). In fifth grade, I asked my homeroom teacher to bring me new books every week (like a drug dealer except she would bring me books). My love for reading hit its peak between sixth to eighth grade when I devoured through Percy Jackson, the Mortal Instruments, Sister’s Grimm, Hunger Games, etc.

High school gave me a new perspective on reading because we had to read the classics. It definitely didn’t feel as fun, but something about being forced to read and deeply analyze an author’s plot and characters really makes you appreciate books and reading in a different way.

Anyway, here’s a list of reasons why I absolutely positively love reading:

1. These characters inspire me.

Annabeth Chase from the Percy Jackson

and Heroes of Olympus series (photo by Viria):

Annabeth was my childhood hero. When I was in sixth grade, she was who I aspired to be. She was smart. She was brave. She fought for the good of mankind. She was a strong-willed, kind-hearted female protagonist that didn’t take a back seat to her boyfriend who’s the title character.

Sydney Sage from the Bloodlines series:

The definition of character development. If Annabeth was who I aspired to be in sixth grade, Syndey is probably the character I aspire to be the most now. She’s incredibly knowledgeable and caring of others, yet she’s ready to fight to protect her family and friends. Most importantly, she has such a strong moral compass to do what is right. 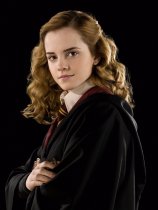 Continuing with the trend of strong and smart female characters. Hermonie is asdfghjkl amazing. Emma Watson too, but that’s a post for another day. Even though she’s sneered at because she’s a muggle, she holds her head high and becomes one of the brightest wizards of her age. She even recognizes her privilege as a wizard and advocates for the voiceless aka the house elves #SocietyforthePromotionofElfishWelfare

There’s honestly so many characters I love and can learn from that I didn’t include such as Inej from Six of Crows, Annika from Just One Wish, Tessa Gray from the Infernal Devices, and SO MUCH MORE.

It’s true that books are interesting because of their plots, but I think what really makes them special is that there’s always a take-a-way. Whether it’s standing up for what you believe in or taking a step back and learning from others, there’s always a lesson to be learned.

3. You escape into a new world.

I honestly don’t understand why more people don’t read. It’s literally like watching TV but inside your own mind. An author can create his own world with new terminology and government ruling, and you’re able to enter into that world. HOW IS THAT NOT THE COOLEST THING EVER? J.K.Rowling created the Harry Potter world in her M I N D. She planned and pictured Hogwarts and all of its magic!!! Rick Riordan took Greek mythology and combined it with our world today. Now, there’s this generation of young adults who know random information about Greek mythology because of it.

This post is honestly so long, but I still didn’t even write everything I wanted to say. I just wanted to write out and remind myself why I read and really understand more why I love it.

6 thoughts on “Why I Love Reading”