on Goodreads, and I’m honestly just baffled. The Darkest Minds was released at the height of the dystopian phase in YA, so I can understand why it received a lot of hype. It piggybacks off the success of Hunger Games and Divergent, yet it’s strikingly inferior to both.

The plotline is nonexistent, and the pacing is all over the place. We spend two-thirds of the book driving around in a van aimlessly. While we are teased with snippets of action, none of it actually moves the plot along.

When Ruby was ten, a new infectious disease called IAAN spread across all of America, killing most other children. Those who survived, like herself, were left with super powers. However, the United States government decided that these children were too dangerous for the rest of humanity and sent them to live in rehabilitation camps. Six years later, Ruby manages to escape. She joins a group of kids who have escaped their own camp, and now, they’re on the run together.

I give this book 2/5 stars. ⭐⭐ There were just so many plot holes layered upon childish writing that I just couldn’t stand it. There’s marginal character development for Ruby, our protagonist, and the other characters are extremely one-dimensional. Even the bad guys (adults) were as emotionally simple as refined cane sugar. The “plot twist” wasn’t surprising at all–I could see it coming from a mile away. I think the raw storyline of the book had a lot of potential, but I just wasn’t a fan of the execution.

First off, how is it even possible that a deadly disease like IAAN can be so selective and only affect children between the ages of 8 to 14? Sure. You can argue that children under 14 have less developed immune systems, but how could those younger than 8 manage to survive? While it doesn’t make sense, I’ll accept it and just move on, but I just needed to point this out. 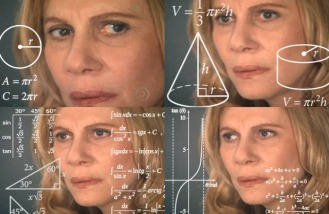 From an economic and logical standpoint, the US government is just dumb. (Yes, I am also throwing shade at the government shutdown.) Why would any government lock up the few surviving children? Why would they continue to be dumb AF and prevent the births of further children? There are snippets of radio announcements through the book, broadcasting how the economy and stock market are at an all time low. OBVIOUSLY IF THERE’S NO ONE WORKING. My goodness, I’m just rooting for the downfall of the government at this point.

Also, I’m just not a fan of writing bad guys to be incredibly sadistic for no reason other than to score sympathy points for the victims. It just never works for me.

Ruby has no spine. She’s so overwhelmingly afraid of her powers that she refuses to see any good it could potentially bring. I can understand where the fear stems from but it gets to a point where she lets other people suffer on her behalf. Take for example Sam (her friend at camp). Sam takes a beating for Ruby. Literally. Your friend takes a beating for you because you couldn’t stand up for yourself, and now you’re sad because her memory’s gone.

Liam is so perfect it’s boring. How is it possible that I’ve read 488 pages but did not get any complex understanding of his character? He’s loved by everyone and he seems to always know what to do. It’s unreal.

Chubs is hands down my favorite. He’s the only character with any semblance of common sense and realism.

Their romance literally went from 0 to 100. Ruby is so hesitant towards opening up to him. Then 50 pages later they’re full on making out. I swear it’s only because they’ve been segregated from the other sex for six years, and their hormones are on a rampage. Plus, YA novels practically demand romance, so theirs is just shoved into this book.

Another thing–it’s mentioned that Ruby is only at a fourth-grade education level. This makes everything even more disturbing because she’s very obviously not emotionally mature enough.

If I read this book in 6th grade or when it was first released, I’d probably be a big fan. However, since I’ve read other dystopian novels that are much better, my expectations are higher. This book just simply didn’t meet these expectations. I felt emotionally detached while reading ¯\_(ツ)_/¯ Truthfully, the emotion I felt was frustration.

What are your thoughts on this book? My views are obviously very polar, but I genuinely want to know how your opinions on it. Thanks for reading, and I’ll see you next time! 💕